55 minutes ago in Indonesian 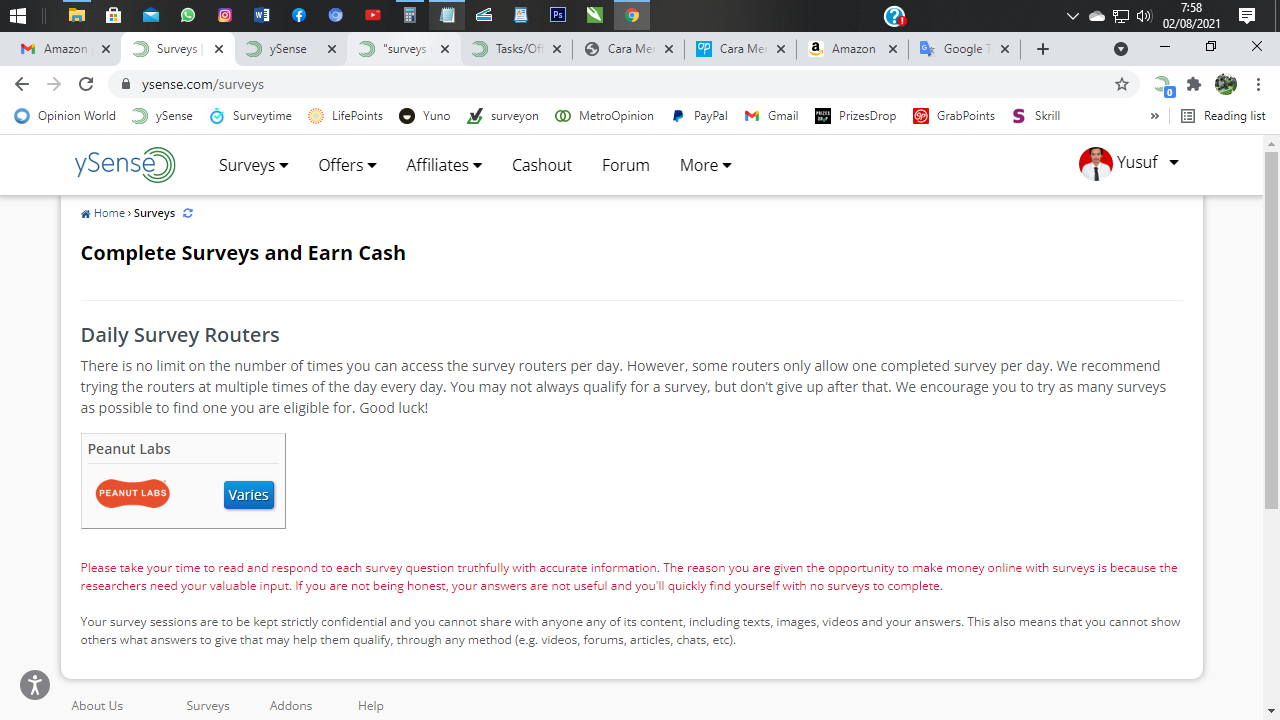 windows 10 they will try to update every one week or even couple of days,can't change the setting.they will disable windows update properties,can't uninstall update,can't do anything with my computer.i bought my computer but microsoft own my computer.

the worst OS ever.

i hate windows 10 ,it has a lot of bugs.i will install linux when i bought new laptop or desktop.no privacy at all window 10,microsoft spying all my activities and stealing my financial information .

for me=the biggest virus in my computer is microsoft/windows 10.yes windows 10/microsoft is the virus.

I have all my details of PayPal account Date Of Birth, Address,phone number and bank account number. So if I call from my new number then they help me?


they maybe will ask for kyc,yes they will help you

also you can ask official paypal in twitter,they have support over there.i chatting with them before,but make sure you get the official twitter account because so many scammers on twitter.

invite your friends or invite valerie

Yeah, gmail sent an email the other day stating they were reducing the amounts
of space and more or less said users need to clear out junk.

I have over 10,000 emails in my gmail and I don't want to clear them out. There's
a bunch in there I want to save but it's time consuming to sort thru it.


they said only for inactive members for 2 years starting from June 1, 2021,so storage quota still the same,
i also save some of the documents there.

i saw something weird about google,i have missing comments on youtube,at first i thought someone reported my comments that is why it's deleted,but when i clicked my another comments it showed my missing comments,so weird.

If you are born again and given a chance to change your life what % will you change ?


yes reincarnation,everyone will know it after they die

I don't think so, our memories are erased you would not even know you lived before, life would be too easy otherwise

I think our memories and what makes us as a person is not in our physical brain it may be another source and that source is eternal and survives - our physical brain could just be a receiver and not a generator. IF we are reborn it would be with a blank slate as far as our physical memory (brain), but the cumulative storage from past lives might be stored elsewhere, and this is probably what is "tapped into" during regression hypnosis etc - OR it could be Satan playing tricks, so to be safe one must assume here is one life - Biblical scriptures do not have any provisions for another life, any belief in reincarnation would be own faith or specific religions that believe so. When we die will we know, probably not, we are no longer conscious, and IF we are ever reborn we start from a blank slate and have to relearn everything again, new person, new memory, maybe only some discrete attributes are passed on.

There are people who died and were revived, some recall a light and an afterlife, but many have reported being suspended in a black void, a black like never seen before, the blackest of black and hard to describe, an empty, infinite NOTHINGNESS and being conscious, feeling suspended and crushed and trapped, feeling scared, lonely, worried. Imagine an eternal state of VOID / nothing - would you want to be born again even in misery ? Probably yes

Some religions believe in a paradise and hell, but there are theories of a 3rd state and 4th state, a 3rd state would be limbo (Physical Life basically on earth), and maybe the 4th state of eternal EMPTY NOTHING (maybe this is the actual hell, and not actual fire and demons rear ending you, but the actual absence of God, so being in an eternal empty void, and that would be quite a hell alright.

after we die our soul will leave our body ,we still have our memory,maybe we will meet the GOD/goddess and they will decide if we will going to reincarnation or not.

i am sure i will find out the answer at that time before they erase my memory ,yes before GOD erase my memory i will find out all the answer that i want.the same like human ,for example when someone kill or hurting other people he will go to jail,after we die we will still face the same situation like when we alive. we will still have some time to know what is going on before they erase our memory.

If you are born again and given a chance to change your life what % will you change ?


yes reincarnation,everyone will know it after they die