There it is, I had to remove previous one because it did not have the correct screenshot and amounts, this is the updated final version including the 16% bonus, and no, I did not reach $168 this month

but close. And last time I earned 3 figures was barely above $100 in December, the rest of the time was horrible.

A new milestone reached, 1 year of survival on this site. Yes, for those who are still unaware, our souls were sold by Jim on August 1st 2019. This site is today 1 year old. Time flies. It has been a great 3 month launch despite the obstacles, bugs and chaos, but unfortunately in my opinion the site was disappointing for the remainder of the months. For the last 8-10 months earnings have dropped massively. This month is the best month in 8-10 months. I would like to say that the site is showing hope and improvement, but I have yet to see how next months will be. General sentiment here seems low though from many members. In my opinion I think this month's earning is a fluke and that following months will be back to lows, BUT, I can be proven wrong

The amount of screen out and OFF QUOTA has shot up considerably lately, which worries me, because this could be an indicator of what's to come. 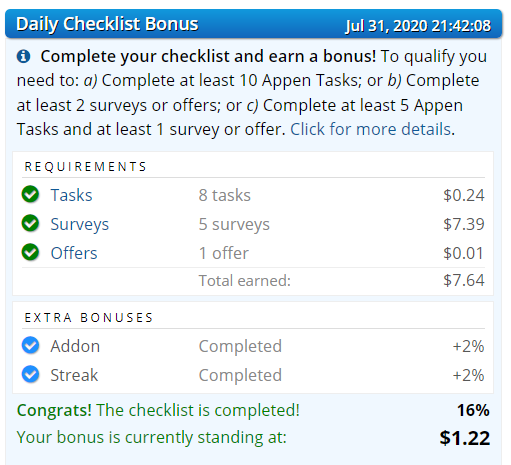 More than half a dozen Off Quota, and unfortunately today YourSurveys was a disappoint... Though yesterday I completed 6 in one day.

Unfortunately I cannot say that this site has made significant progress in 1 year - survey rates have been dropping, and quantity getting lower - though it is possible to catch a few high paid survey still but overall it's going in a downward trend.

So Happy Birthday ySense I guess, I hope to see CONSISTENCY in surveys in the months to come, and consistency for all countries whenever possible, addition of new stand-alone routers and not crappy offerwalls, etc.

I will remain cautiously optimistic even though this month has been good, I have learned my lesson in the past of being too optimistic, it usually ends up in disappointment

Best of luck to all for coming months, and nobody can claim we weren't patient, that won't stick