I'm going on a field trip to the concrete jungle.
Why do we go on field trips when we're not going to the field?

@tasman1 I am not sure what you are talking about.

I was talking about in the USA, many people marry or don't marry not for
love, but for other reasons such as financial benefits. I've even known of
people in years past that married simply because one wanted to adopt a
child but couldn't unless married. There are various tax exemptions for
married couples and other benefits for those that may be destitute and
so on. For example, if one is single, they'll pay uncle sam a lot more money
in tax than a married couple. Actually......that is one big issue today during
the presidential candidates because the IRS is so unfair and confusing.

hello,,
Can I change my sponsor,,,I want to add my friend as my sponsor,,,Is there any way??
My sponsor has hidden the email also so there is no way to contact....

You can close your current account by not using it for about 3 months (or when your Premium membership runs out).


Must admit though, wanting to change is not nice on original sponsor

Actually, that is incorrect.

An account is never closed. It may go inactive after 90 days of no activity but it does not close.

No doubt about it --- that is definitely chipcoon from the family of squirrelous cuteous. They seem to be very common
in the State of Tennessee and some times in the State of Confusion!

I think you're correct.

That is definitely a chipcoon from Tennessee......HEYYYY is that my chipcoon and if so where did he get them coconuts? 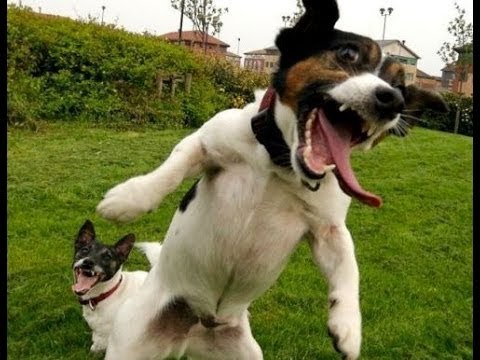 You can't give a dog chocolate, silly boy!

By the way, children that are legally adopted, the parents do receive monthly
social security checks and perhaps other benefits as well......in the USA.

Actually, the topic isn't about homosexuality or religion.

The topic is 'Gay marriage debate'.

Not much posted here related to the topic.

This is kind of funny because there are many reasons why two people get married
and it is not always about heterosexual or homosexual. In fact, it is not always
about love or sex.

Can't speak for other countries but often in America, people will choose to marry
for benefits. This probably happens much more than what people realize.

For a real example in the opposite direction, my uncle whom retired from the air-force,
(both he and his wife deceased) did not marry his second wife. They chose to live
together and never marry. The reason being was they were both air force people
and to marry would have had a reduction impact on their money. I don't know the
exact details.

There are a lot of people in the USA that are against gay marriage and not due to
religion or morals but may use religion or morals as an excuse. The reason being
is because the opposite can hold true in regards to the tax man and various benefits.
A married couple may have reduced tax's and other such benefits. The working people
see that this might come back to bite them on the rear due to paying tax's that they
feel is too high too much, anyway.

Then there is the child factor mostly pertaining to adoption. Some people think that
an adopted child will be taught homosexual is good and that is the way to be. To me,
that is like telling a black person they should grow up white.

With all the children in the world that are in foster homes, no parents, I find it a
wonderful thing that people can give them a loving home.....I said LOVING home,
NOT sexual home.

More time will tell but thus far, I think one would find if they looked, children that
grow up under the roof of same sex parents, have no baring on their sexual preference.

Heyyyy that not a squirrel!

I think it is a chipmunk.

It's extra money any way you look at it and it all adds up!

Thx 4 all kind word's about that Picture.

Your sponsor is whomever you enrolled under when you joined ClixSense.

If you joined at the corporate ClixSense website, that is ok. You don't
need a sponsor to earn money here.

I may have to close this topic because it appears people are getting angry in it.

Bottomline, there are varying religions all around the world and in regards to
homosexuals, religious people may see it as a sin.

In addition, whether it be religion or one's individualism, may believe that
homosexuals do not fall into their moral standards.

To be clear, there is all kinds of love. There is love for brother, sister, mother,
father, friend, child, God, husband, wife, and so on.

I don't think you can put a real percentage on how many people are homosexuals
or how many members in ClixSense is homosexuals.

That's what is wrong with the world.....not homosexuals.....but people infringing
their beliefs on people that don't want to be infringed upon. This is one major
reason why there is war. It's also obvious in this topic that people get all mad
and upset if someone does not believe the same way they do.

Your photo avatar is fine. I see you are a human being....that is very good because
some times I am not sure what I am communicating with online.

Bloody hell, this "General Talk" forum is something else.

Best to give it a wide wide breadth, I think.

It has become rather wild in here lately.

I started Clixsense last week but I can't seem to get any way with the surveys because I a lot of inventions but the keep on saying I don't qualify and that i should try later and I but they say the same thing. The Tasks and offers work but but i wait to make more money with the ads because i only make $0.018 daily.

I am a Student an don't rely work and have no money to spend on games and so I need premium and a good sponsor that can help me I work hard click the whole day and do the day-bonus.

I need help and I would rely appreciate it.

A sponsor can't do your work for you.

A sponsor cannot get you qualified to do surveys. Surveys are targeted and for the most
part geared at those in the USA, UK, and Canada.

I have no idea of the percentages but I feel confident that a lot of people
that say they are homosexual, are not. They may live like they are, but
they are not.

What about all the protests over the years with many of the 'homosexuals'
marching down the street practically naked? What is up with that? Why
do homosexuals have to protest in thongs?

Sorry, but some sins make one unclean others are sins unto death. Not all sins are those one would be stoned for.
That is what Christians don't understand when they don't know what Torah says.

As far as the Q&A, I was always told "Gay" means happy, so I am unable to see how some one could not be for a happy marriage. Personally I think the government needs to stay out of a persons bedroom.


Well I don't believe that way. A sin is a sin.

Unclean and a Shame is another matter altogether.

Finally, I just want to add that if you were to read a book, would you simply
skip around through the book and read a sentence here and a sentence there?

Growing up we had a scripture box on our dinning table. Open the box and there
would be hundreds of little slices of various colors card stock with each stating
a different scripture. That wasn't so bad since many were simple prayer lines.

Some where along time however, people pluck a sentence or two and in reality
that doesn't usually cut the mustard. It's like this :

'Tom told Sally all her eggs were in the dirty basket'

Now what would you make from that sentence? You would make what it says....
that Sally has all her eggs in a dirty basket. BUT what if you read further up
and further down:

Sally worked all day to clean the basket.
She went to the chicken coup with her clean basket and collected the eggs.
Tom told Sally all her eggs were in the dirty basket.
Sally relayed that her basket wasn't dirty, it was clean, but her eggs are dirty.